Wordnik's Objective-C SDK is a code library that you can drop into any iOS app, easily giving it sophisticated lookup features based on the Wordnik API. It consists of two related pieces: a UI SDK, which provides the interface elements for displaying Wordnik data within your app, and a lower-level Data SDK, which helps your app communicate with the Wordnik API and on which the UI SDK depends. The Data SDK can be used by itself in Mac OS apps.

By providing lookup information when and where your users need it your users are happier, and you save them from having to shift their focus elsewhere to look something up--they quickly get the information they need from inside your app.

And the information is better than what they'll find anywhere else. Wordnik is the world's largest dictionary, with continually updated content. 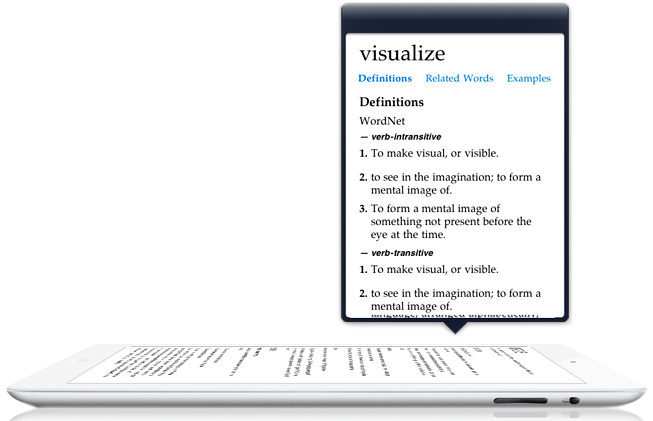